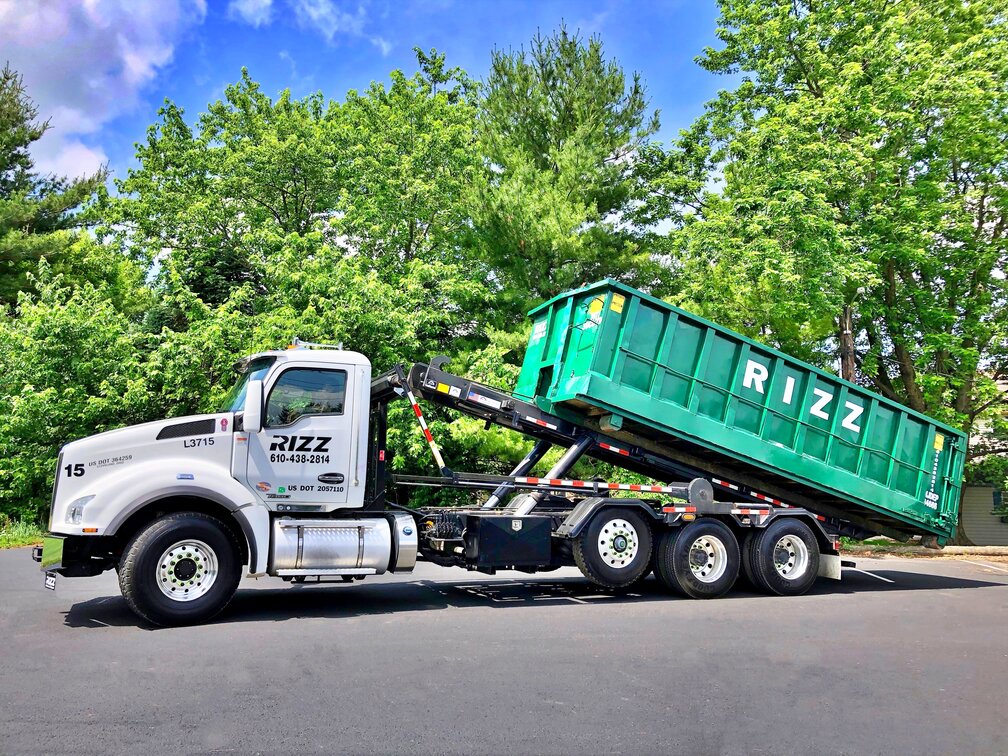 Since its development in 2011, Rizz Containers has grown to become one of the largest privately-owned waste hauling companies in the Lehigh Valley.  The company was originally formed as a part-time operation as its owner, Robert Rizzolino, also owned a nursery and landscaping business with his three brothers.  Over time, the brothers sold the landscaping business, and Robert made the decision in 2014 to invest full-time into Rizz Containers.   Their services include weekly trash and recycling pick-up, compactor services, clean-outs and junk removal, and roll-off dumpsters used at many of the Lehigh Valley construction sites.

Headquartered in Easton, PA., the company has deep roots in the Lehigh Valley.  Robert grew up in Easton and still lives there today.  He feels a great commitment to serving the community he loves and believes in the strength of a family-owned business.  Robert’s son, Robbie, graduated from North Carolina State University in 2018 and joined the company as Director of Operations.  He manages the weekly trash/recycling pick-up services and the distribution of 2, 3, 4, and 6-yard dumpsters, both in commercial and residential services.   His daughter, Nicole, graduated from The Jay S. Sidhu School of Business and Leadership at Wilkes University and joined the company in 2019 as Director of Marketing and Advertising and assists with office operations.  The benefit of running a family-owned business is that the leadership has a shared motive and level of dedication.  There are times when overtime and weekend hours are necessary.  The Rizzolinos as a team understand the need and have no issue putting in the extra time to guarantee the companies’ success.  “We want the company to be around for generations and generations, and the only way to do that is to put in the work now,” says Robert.  On the flip side, a family-owned business does not operate without challenges.  It is difficult to define an “off-switch” when it comes to work mode.  It can be tricky to relax during family time as there are always discussions on improvements to be made and goals to be accomplished.  However, Robert finds himself in an advantageous position as there are two things he loves unconditionally, his family and his business, and both go hand in hand. 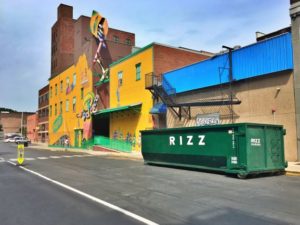 Another contributor to their success could also be their unparalleled customer service.  Rizz Containers sets themselves apart from nationwide companies by creating one-on-one relationship with their customers.  They refuse to resort to automated recordings when their customers call the office.  Robert is a strong believer of talking directly to the customer.  Customers will never have to “press 1 for this or press 2 for that.” The Rizz team is there if any customer has a concern.  They will reach out directly and address the situation to ensure the customer is satisfied and taken care of.  This superior customer service model is ingrained into every member of the team from the office personnel to the drivers.  Rizz Containers is the only waste company in the Lehigh Valley to have a 5-star rating on both Google and Facebook.

The current pandemic luckily has had little effect on Rizz Containers’ operations or sales.  Robert commented that when he first started the company many people questioned, “Why a garbage company?” and his reply was always, “garbage never stops.”  The company was fortunate in that although some construction sites were put on hold during the early months, many calls came in from homeowners who were stuck at home and looking for dumpsters for their home clean-out and renovation projects.  Their drivers have always driven alone and do not come into close contact with others throughout the day.  Their office was easily adapted to CDC guidelines.  Therefore, Rizz Containers has been free to plan for their future.  The company has a list of future plans and goals, and Robert is a true believer in dreaming big. 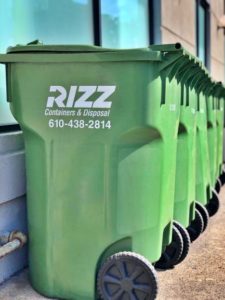 HMK Insurance is fortunate enough to have an outstanding professional relationship with Rizz Containers.  Rizz utilizes HMK for both their commercial insurance and employee benefits.  The strong relationship between the two companies could have something to do with their similar views and the value placed on customer service.  Rizz feels that whenever HMK is needed, they are always available and ready to help, and many customers in the Lehigh Valley would certainly say the same about Rizz.

Latest News/Insights IRS Releases PCORI Fee For Plan Years Ending Before October 1, 2021 Dec 03, 2020 The IRS has released Notice 2020-84, which sets the applicable PCORI fee for plan years ending between October 1, 2020 and September 30, 2021 at $2.66 per covered life. As a reminder, the PCORI was Read More »
Next Event 9 December End of Year Compliance Roundup 12:00 pm EST During our final webinar of our 2020 Educational Webinar Series, Stacy H. Barrow, Esq. provides an overview of significant compliance topics in 2020, along with a look at what to expect in 2021. Stacy Register »
Top
Ask a Recruiter